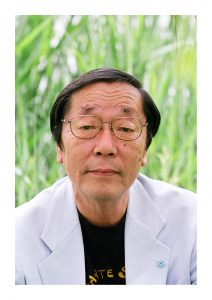 He was born in Yokohama in July 1943. He is a graduate of the Yokohama Municipal University’s department of humanities and sciences, with a focus on International Relations. In 1986, he established the IHM Corporation in Tokyo.

In October of 1992, he received certification from the Open International University as a Doctor of Alternative Medicine. Subsequently he was introduced to the concept of micro cluster water in the US and Magnetic Resonance Analysis technology. The quest thus began to discover the mystery of water.

He undertook extensive research of water around the planet, not so much as a scientific researcher, but more from the perspective of an original thinker. At length, he realized that it was in the frozen crystal form, that water showed us its true nature.

He has gained worldwide acclaim through his groundbreaking research and discovery, that water is deeply connected to our individual and collective consciousness

He is the author of the best-selling books Messages from Water, The Hidden Messages in Water, The True Power of Water and Love Thyself. He has now also authored two children’s books, The Secret of Water for the children of the world, and The Message from Water children’s version. He is a long-time advocate for peace in relation to water. He is currently the head of I.H.M.General Research Institute and President Emeritus of the International Water for Life Foundation, a Not-for-Profit Organization.

We all learn valuable life lessons at our own pace, but there is one basic truth we all learn early. Positive, compassionate words comfort and heal; negative words and insults hurt. Until recently, we knew this only because we could feel it. Now we can actually see it. Thanks to the experimental work of Dr. Masaru Emoto, we can look to water, and its frozen crystals, to confirm the healing power of beautiful music, positive thinking, uplifting speech, and prayer.

In his various books, the first of which was published in 1999, Dr. Emoto, a doctor of Alternative Medicine, introduced the novel idea that water not only reflects the physical word around it (as when we use a placid lake or pond as a mirror), but it also reflects the consciousness of the being surrounding it.

The experiment he used to discover this included bottles filled with water, that were set under either a positive or a negative influence. For example, some bottles of water were wrapped with written notes, with the writing facing inside the bottle that said, “thank you.” This was done in various languages. No matter what language was used, the water in these bottles, when frozen, created complete crystals that were lovely to behold.

Water over which a priest prayed, with love and gratitude, created the same type of crystals. Conversely, unpleasant, incomplete, and malformed crystals were created in water exposed to people saying or writing, “You fool,” or other negative expressions.

By exposing water to a particular word or piece of music, freezing it, and photographing the ice crystals formed, Dr. Emoto has shown that from beautiful words and music, come beautiful crystals, and from mean-spirited, negative words, come malformed and misshapen crystals. What is the significance? It becomes clear when we remember that the adult human body is approximately 70% water and infant bodies are about 90% water. We can be hurt emotionally and, as the water can be changed, for the worse physically by negativity. However, we are always closer to beauty when surrounded by positive thoughts, words, intentions and ultimately those vibrations.

Dr. Emoto’s theories can be explored further by reading his books, The Hidden Messages in Water, The True Power of Water, The Secret Life of Water, Love Thyself, and now in his children’s books as well. His work is also presented in the movie What the Bleep Do We know?

“Water is very special to me. As a researcher, I have studied it and found that is has many magical qualities. I hope this seminar and my books will introduce you to the wonders of water so you will grow to love, value, and protect it. As children, you are very special to the world because you are our future. You see things in a bright, hopeful, and new way. I hope you hear my message about water, and use it to make positive changes for yourself, and for our world.”

Masaru Emoto has studied water for over twenty years. Water has been Dr. Masaru Emoto’s passion. He has studied water around the planet form the perspective of an original thinker, and is the author of a number of bestselling books, a three-volume photo collection of beautiful water crystals, and now two children’s books about water. These books have been translated into more than thirty-five languages.

Dr Emoto is a longtime advocate for water and now spends a majority of his time traveling around the world giving seminars, in order to spread the message of peace that is indicated by the crystals he has photographed. He is President Emeritus of the International Water for Life Foundation, a not-for-profit organization that is in the process of distributing his free book for children The Message from Water, as promised in his keynote speech at the United Nations in 2005, to every child on the planet over the next ten years.

Dr. Masaru Emoto’s stunning water-crystal photographs have enchanted millions of people in his many books. His groundbreaking work has shown that thoughts and words have a direct effect on water-crystal formation, and since our bodies are mostly water, our thoughts and words certainly affect not only ourselves, but the world around us. In Dr. Emoto’s second book for children The Secret of Water, Dr. Emoto brings water’s message of love, peace, and hope to the next generation. Entertaining and educational, his book offers an understanding of water that will encourage parents and children alike to value and give thanks to our most precious resource.

In 2003 the United Nations proclaimed the years 2005-2015 as its International Water for Life Decade, which urges citizens of the world to take individual responsibility to learn all about water. In a time wrought with environmental catastrophes and natural disasters, The Secret of Water and his not-for-profit book, The Message from Water children’s version, show the necessity of protecting water, and offer messages of hope and empowerment. Help us shift consciousness through our thoughts, through our words, and prayers, and through our commitment to respect each other with love and gratitude. May our understanding of water, and help bring peace to all humankind.

His work was featured in the award winning film “What the Bleep do we know!?” produced in USA in 2004 and also “Water the Mystery” produced in Russia in 2006.

He was selected as Watkin’s spiritual master’s list for 2011 and 2012. He received a special award for water by Gala Spa award in year 2012.

Regretfully, he past away on October 17 2014 in a hospital in Tokyo, with his wife Kazuko by his side. His last words were “Arigato”. (“Thank you” in Japanese).